We have enabled subscriptions to the blog.  You can subscribe at the bottom of the right hand column under “Subscribe to Blog via Email” and you will be notified by email anytime there is a blog post or an update to the blog.  This can be an important way of staying up-to-date with “pickleball happenings” in Albany, the NW, and around the country.

A llittle history of the Albany Pickleball Club and its formation.

We have been playing pickleball since 2008 in the Albany/Salem area.  We started by striping courts at Burkhart Park and the North Albany Middle School and had probably about 6-8 people playing, total.  In a partnership with the City and our group of players we began playing at Hackleman Park.  We striped lines, and used temporary nets.  With seed funding from the City and a huge time investment and some donations from the players we have now established 4 permanent courts at Hackleman Park for summer play.  We have also been playing indoors in the winter at the Boys and Girls Club of Albany for several years.

In 2012 we held the First Annual Rally In The Valley Pickleball Tournament.  The goal was to promote pickleball in the Mid-Willamette Valley and raise funds for court improvements.

The number of players has consistently grown and on September 16, we had an organizing meeting potluck at the Hackleman Courts to decide if we wanted to form a club.  We had a draft of bylaws and came up with a plan on how we wanted to move forward. 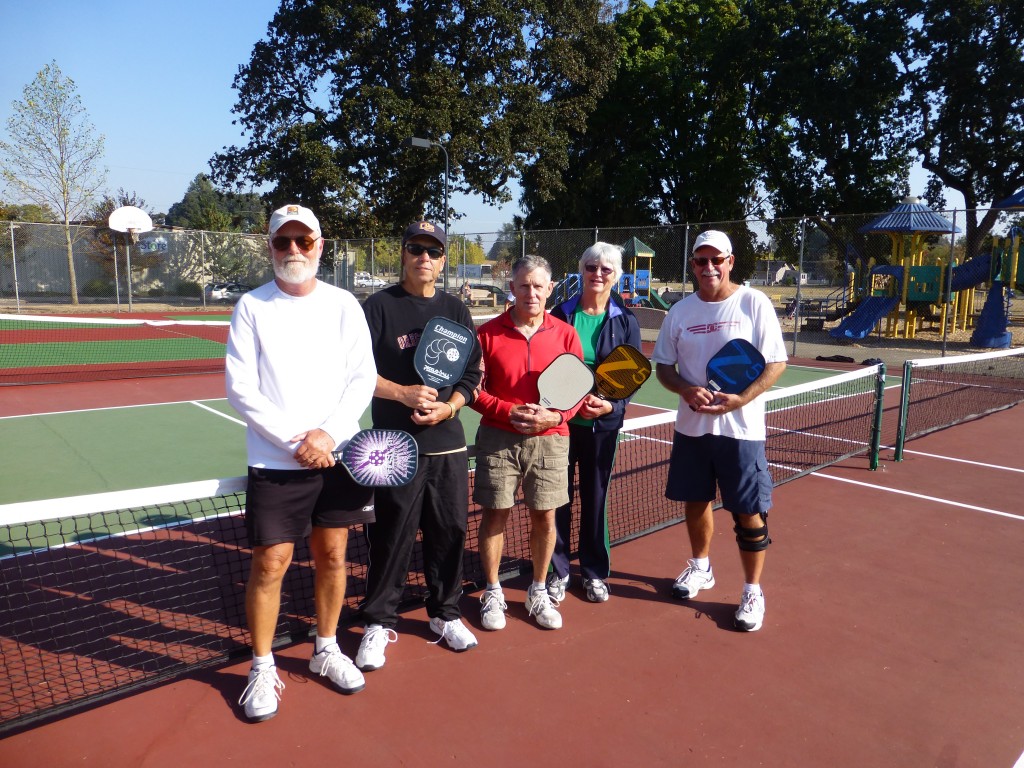 Here are some pics of our meeting: