Give Your Game an Edge! Give Your Club A Hand!

Knowing the rules could give you an edge, and maybe a point or 2 in a game! Refereeing is not as hard as you might think, and it is an important part of any sanctioned tournament. In fact, Referees for each game and match is a requirement. Referees ensure fairness across games in a tournament, even in social play. The more you know, the better the game!

The Albany Pickleball Club Referee Clinic gives you everything you need to begin the process and by practicing a little you can get very comfortable with the process. You get to help out the club and you get a front row seat! If you are new to refereeing, We Want You! If you would like a refresher, We Need You!

Our Rally In The Valley Pickleball Tournament will be July 26, 27, and 28th. The Rally is a USAPA sanctioned tournament so we will need referees for each game. You do not need to be a Certified Referee to referee. This will be a 2-2/1 hour clinic put on by Bob Anderson, the Referee Coordinator for the Rally. You will get specific instructions on how to keep score with tricks to keeping it all straight. You will learn what equipment to take to the court with you and how to start a game/match. There is always time for rules discussions for those rules that you have questions about. Plus you will get time to ref with a mentor to get you started. Then, we hope you will practice refereeing with score boards and sheets that we will have available during our organized play times. We will also try to have some mentored ref practice sessions between now and the Rally.

Referee training actually is an underrated way to improve your pickleball game. Knowing the rules and playing by the rules is important in any sport or game. Did you know that there are very few times when we should replay a point? Even in Social play? Many times I will hear “let’s replay since this is just a social game”. So which rules do you ignore? For instance, if you don’t see whether the ball is in or out, or you and your partner disagree, the rules clearly state that the call goes in favor of the other team. Simple, right? But often ignored.There are many other examples where knowing the rules is important.

Give your game an edge! Knowing the rules may help you gain an extra point in a match. Our ref clinic will teach you not only where you can possibly ‘win’ a couple of ‘free’ points in a match by knowing the rules but it will help you feel confident in refereeing matches.

LBCC has been selected as the location for the new courts based on cost and a few other items. Construction at LBCC will be about half the cost of the Timber Linn option. Kudus goes to Stephanie Lowe for proposing this option as there is a good chance we would not be getting courts built this soon.

The courts will be public with exclusive time for the Club and LBCC activities. The city council approved moving forward with developing an Intergovernmental Agreement with LBCC for construction, operation and maintenance of the new courts. This is a unique relationship to provide courts that benefits both entities. The city will pay to have the existing tennis courts at LBCC replaced with pickleball courts. LBCC will maintain the pickleball courts over their life.

After finalizing the agreement would move to finishing the engineering design -> Contract -> Construction. Part of this agreement will outline yearly scheduling and operating schedules that includes exclusive time for the Albany Pickleball Club.

Completion estimates are subject to a lot of factors. If everything was to go perfectly we could see completion by November. More likely it will be late spring or early summer. The final number of courts (8 minimum, 12 maximum) will be determined by the final bid.

There was interest by the council to know more about pickleball in general. Also about how people can find play times and dates. The board will be providing that information to the city.

The board will be discussing schedules for organized play, clinics and tournaments on the new courts.

Here are the recent 2019 rules changes including a link to download the newest rules, a link to the specific revision for 2019 and attached is a pdf presentation of the same. Club members can also buy the rulebook online. I personally download the rules and revisions and save them to iBooks on my iPhone so I can reference when needed. Not sure of a process for Androids.

In addition, attached is a slideshow that one of the certified referees, George McCulley, made for a presentation. George has been the Referee Coordinator for the Nationals for the last  2 years.

Rules are important for consistency of play across the US and internationally.  I have heard people (not here especially) say “that’s for tournaments and this is social play.”  Everyone should try to be at least a little familiar with the rules.  If you are not sure, look it up if you can or feel free to email me and I’ll get you a definitive answer.  There are always the rules definitions and interpretations that are taken for granted over time and then when you go to a different club or tournament you find out it was not correct.  And rules discussions can be fun and informative.

Referee’g can be fun and is important for tournaments, especially USAPA sanctioned tournaments.  And that would be our upcoming Rally In The Valley!  If you are interested there is lots of information here:  https://www.usapa.org/referee-training-tools/   .  Get involved, practice and have fun!

You can also find links to the rules, revisions, a basic Rules Overview  and a short video on our club website:  https://albanypickleball.com/how-to-play/301-2/ .  You can ask questions, or post a comment to this page and I will answer as soon as possible.


To aid in recognizing and understanding the rule changes, we are providing the 2019 Rulebook Revisions document. This document is not intended to cover every wording change, but is designed to guide you through the significant rule changes. Click here to view.

Pickleball Rules Summary
Looking for a basic overview of the rules?  Click Here to see our page of abbreviated rules.  You can watch a  short ‘pickleball rules’ video on this page as well.

Great News for all of our Albany Pickleballers!!!!

New pickleball courts could be available as soon as spring of 2019. The city is looking at two possible sites:

New courts are the result of over 6 years of work and focus by the Albany Pickleball Club Board and Members.  Since the inception of the club, the overall goals= has been to grow pickleball and to provide new, adequate pickleball courts in Albany.  To that end, the club members have contributed untold hours to put on 6 tournaments to raise funds to help in the cause.  The club officers have met many times over that period with the city Parks and Recreation to provide input on design, location and pickleball needs.  The presence of an organized club, the member’s work and commitment and the funding partnerships has been a major factor in getting new courts in Albany, as it has all over the country. It is due to club membership contributions (through dues) and the Board’s continued focus and presence that  we are at this point where new courts are finally being funded.

Special Thanks to Stephanie Lowe for organizing these clinics.

Experienced pickleball players are volunteering their time and knowledge to help you improve your pickleball game.  Some sessions are drills, some are talks, some are demonstrations—all are informative and interesting.  Join other pickleball enthusiasts of all levels learn new (or relearn old) ways to improve one’s play.  Everyone is welcome!

(Future July Dates to be Announced)

Here is a link to the 2018 USAPA Rules Revisions Comparison document.  It compares the new rules as of January 31, 2018 and the prior set of rules.  It is 4 pages and easy to read.

Thanks to a successful partnership between the Albany Pickleball Club, the City of Albany and the Offices of Edward Jones in Albany, the Hackleman Pickleball Courts were resurfaced and repainted. A celebration was held on June 6, 2016. 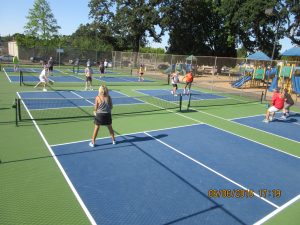 Almost 100 people were in attendance including Albany Mayor Sharon Konopa, Parks and Recreation Director Ed Hodney and 5 of the 9 Edward Jones Advisors. 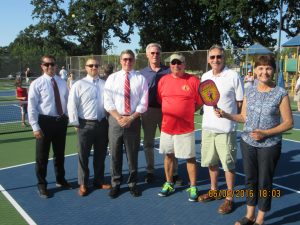 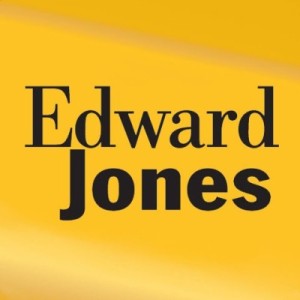 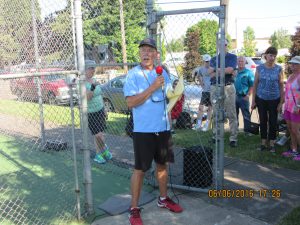 An introduction and thank you was  made by John Morey, Club President. 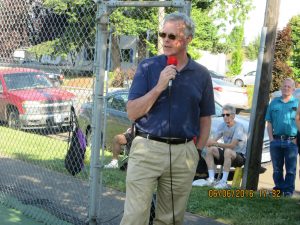 Parks and Recreation Director Ed Hodney talked about the successful partnership and the benefits to the community. 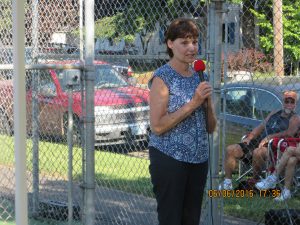 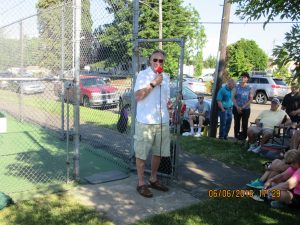 Clay Dluehosh, representing the nine Offices of Edward Jones, spoke of their support for activities in the community. 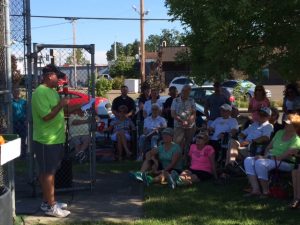 USA Pickleball Association Ambassador Bob VanderLinden gave some of the history of the sport of pickleball and the evolution of pickleball in Albany.

New players flooded the courts to try pickleball for the first time with mentors from the club.  Pizza and deserts were served following the ceremony.

The Albany Pickleball Club and the City of Albany have developed a successful long term relationship which has resulted in conversion of the under-utilized tennis court at Eleanor Hackleman Park into 4 dedicated pickleball courts in 2012 and the current resurfacing project to deal with cracks and old court issues.

We want to thank the offices of Edward Jones for their fantastic support and the city of Albany for the past and present relationship that provides needed facilities for the fastest growing sport in the country.

As we look forward, we know that the 4 courts at Hackleman are already at the limits of play and we are looking at strategic liaisons with the city and businesses for future court locations that will accommodate the explosive growth of pickleball in Albany.

Our September Club Meeting at Grand Prairie Park in Albany.

Great weather, great food and Good Friends!   Thanks to Dick and Jenny for bringing their RV Games to keep us occupied when we weren’t eating or meeting. 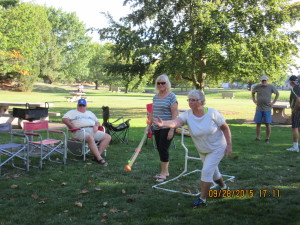 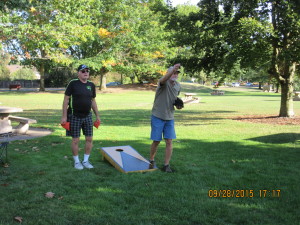 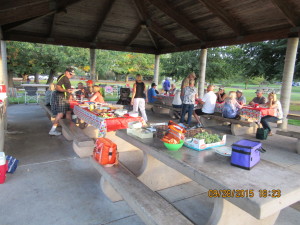 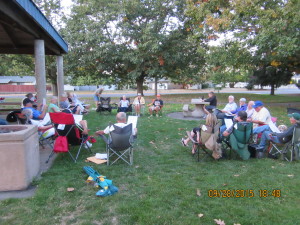 Congratulations to our Albany Pickleball Club medalists in the 4th Annual Rally In The Valley. From super hot weather to a rain delay on Sunday.  Great competition and great times! Our Gold Sponsors 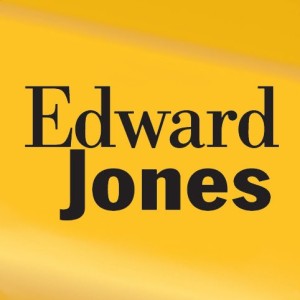